There are new paintings on display in the club foyer & the Anne Murray Room, my pick would be Ann Baker’s work titled ‘Keeping my Marbles’.

Preparation and planning for the 2nd Big Book Fair is well on track as we continue to process your very generous donations.

We are also accepting games, puzzles and toys …

Publicity is already underway and it will appear soon in Events ACT. It has already been published in the Woden Community Service e Newsletter at http://www.wcs.org.au/wcs-latest-news-and-events/eNewsletter.

Free Screening of the Movie ‘Still Alice’ – 7pm Wed 20 May

The Australian Association of Gerontology (AAG) in conjunction with the ANU Film Group are putting on a free special Q&A screening of Still Alice on Wednesday 20 May in the Coombs Theatre, ANU. This American drama film was written and directed by Richard Glatzer and Wash Westmoreland, it is based on Lisa Genova’s 2007 bestselling novel of the same name.

The film stars Best Actress Oscar winning Julianne Moore as a linguistics professor at Colombia diagnosed with early onset Alzheimer’s disease, Alec Baldwin plays her husband. The film will be followed by a discussion between representatives of Alzheimer’s Australia, the AAG and Carers Australia. More details in a flyer in the Club foyer or contact Brett Yeats on 6281 7684 or at yeatsb.

University of the 3rd Age/COTA Forums on Again

Each year the University of the 3rd Age and COTA (ACT) collaborate in organising a popular program of forums for older Canberrans, running from June to October. This year’s forums are on topics as diverse as mature-aged employment, climate change, the Iraq war and enjoyable ageing. Come along and hear from our expert, funny, engaging and thought-provoking speakers. You can find a link to the Program here. 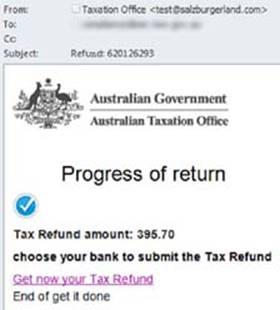 Spiral Program through to 28 May

Spiral is now in its 46th year of supporting/ entertaining some of Canberra’s senior citizens. We are a group of approximately ten volunteers mainly in our 70s and 80s. A few of us are in our 60s. Our thirty ‘members’ are aged between 65 and 95. We meet at the St. James Uniting Church in Curtin each Thursday from 10.00 am till midday. Some of them get themselves there but we do offer a pick up (and deliver) service to people in inner south Canberra.

We offer morning tea/ coffee with homemade cakes/ biscuits/ sandwiches followed by some form of entertainment. Usually this is a guest speaker, sometimes a musical performance and occasionally we go for picnics.

Karyn, a Learning Facilitator at the National Portrait Gallery, will be returning to show us and discuss the 44 photographs that were shortlisted from a record 2500 entries in this year’s National Photographic Portrait Prize.

Amy is another person we are pleased to welcome back. Amy is a curator at the National Archives. Her current exhibition is Without Consent: Australia’s past adoption practices.